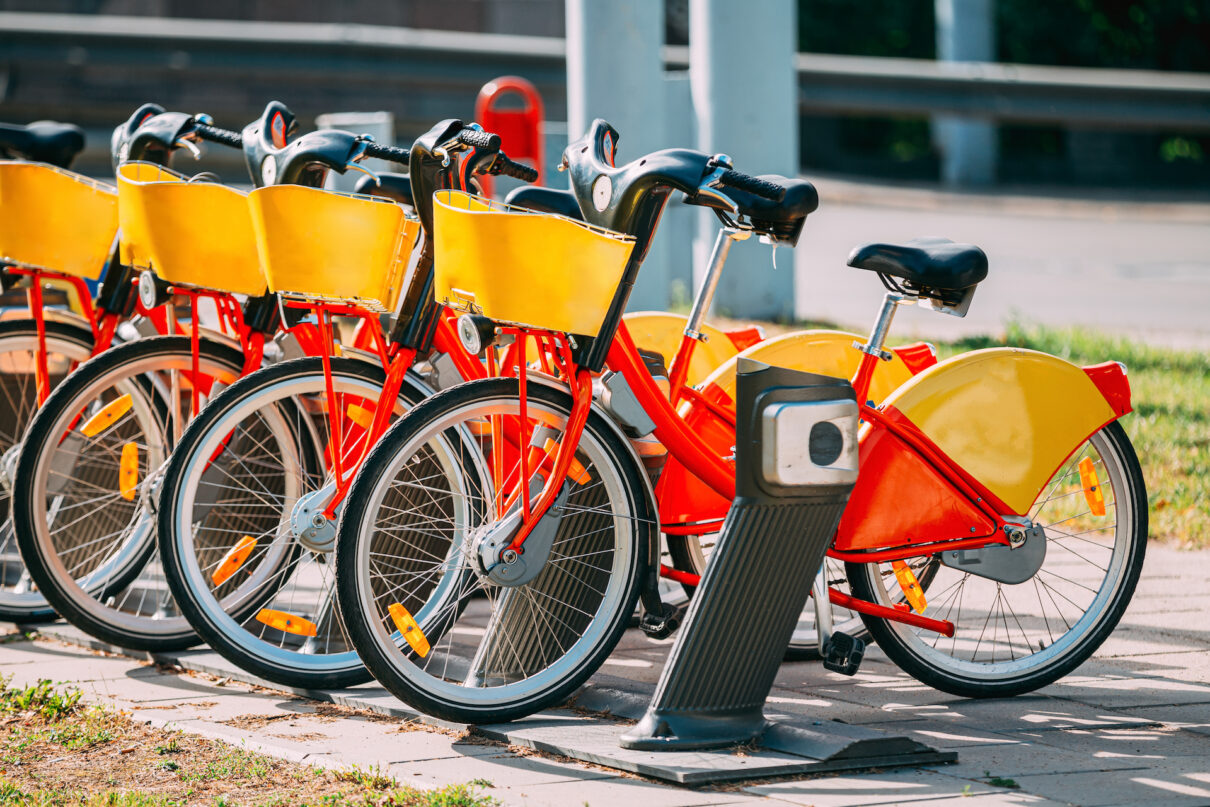 A Sydney-wide survey conducted by research agency, McNair yellowSquares, has found that bike share schemes are most likely to increase bicycle usage amongst regular and occasional users, rather than to convert non-cyclists to pedal power.

However, another clear theme to emerge from the research was that approximately a quarter of occasional and non-cyclists were unsure about their views in the scheme – indicating that attitudes are still evolving.

The controversy over the dock-less systems has been largely aimed at the issue of bicycles abandoned in awkward and dangerous places – rather than the sheer presence of the systems.  Few have been willing to discuss the merits of the dock-less system where bikes can be left anywhere and located by their GPS trackers as opposed to returning the bikes to docking stations scattered across the city.  But it is not the overall concept of the schemes that is the real issue – as evidenced by the survey results which show that 61% of adults in Sydney feel that the schemes are good – including 65% of occasional riders, and 57% of people who never ride a bike.

The survey was conducted amongst 767 adults across Sydney between the dates of 30th October to the 6th November 2017.

This survey was conducted by McNair yellowSquares by means of an online survey conducted amongst members of the Surveyvillage online panel who were residents of Greater Sydney, during the period of the 30th November to the 6th December 2017.  Reminder emails were sent to those that had not responded within the first three days of the survey period, in order to ensure a representative response rate.  Results provided in this report have been weighted to the latest population Census statistics provided by the Australian Bureau of Statistics, using age, gender and statistical division, to ensure a balanced statistical representation of the population profile in each area of Sydney reported on.  The results are weighted to an adult (aged 18 and over) population of 3.8 million residents of Greater Sydney.

In total 741 people responded to the survey, of whom 10% were regular cyclists, 41% occasional cyclists and 49% never ride a bicycle. 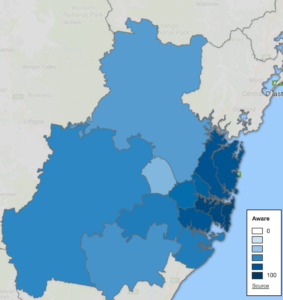 The heatmap below shows the awareness of the dock-less bicycles share schemes by statistical division of Sydney – with the darkest blue areas (the inner West) showing the greatest level of awareness (90% of adult residents were aware of the schemes), while only just over half the population of outer areas, such as Bauklham Hills (52%) and Outer South West Sydney (56%) were aware of bicycle share schemes.

The map shows how dock-less bike sharing has caught the eye of the existing cycling community and the areas that already comprised the highest incidence of bicycle riders.

While the table above might give the impression that cyclists are much more likely to be aware of the bike-share schemes than non-cyclists, this is likely due to the fact that the schemes have a great presence in the areas where there are more cyclists – such as the inner suburbs and the Northern Beaches.

This survey was conducted by McNair yellowSquares between the 30th October and the 6th November 2017 amongst a random sample of 741 people aged 18 and over that are members of surveyVillage.  Results were weighted based on the age, gender and location of the respondents to the age and gender profile of each of the statistical divisions within Sydney to ensure and exact representation of city-wide results.

Q1.  Sydney has recently introduced dock-less bicycle sharing, meaning that you can hire a bicycle for a short period.  The bikes have a built-in Bluetooth lock and can therefore be left anywhere at the end of a journey, not just at a docking station. Users use a smartphone app to locate and hire bikes.  Were you aware that this is now available in Sydney?

Q2.  Would you say this scheme is…  ANSWER OPTIONS SHOWN IN RANDOMISED ROTATED ORDER